In studying supermarket shopping and strategy I learned the term loss leaders. These are items for sale that are priced so low that the store may actually lose money on the deal. They serve the purpose of getting the shopper into the store where they will presumably spend well beyond the loss leaders. Who can pass up a dozen eggs for 49 cents?

The loss leaders in my life are the experiences that brought me to faith. They invited me in to a relationship with God. Once I experienced his word and his wisdom, I knew that nothing else would satisfy my 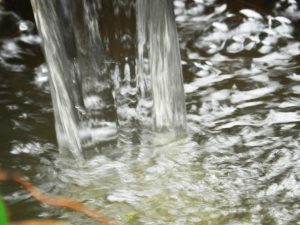 My parents died when I was a teen, one death following the other by a year or so. Too old to be an orphan, my 19-yeal-old self drifted and nearly drown in sorrow and bad choices. I felt completely abandoned. On one of my darkest days, I picked up a Gideon Bible I had stolen from a hotel and began to read. It changed my life and set me on a path. While I would never have chosen that early earthly loss, I have gained a heavenly father who has sustained and guided me.

Finally settled into a good marriage, the natural desire for children began to flourish. The heartbreak of infertility followed. In those barren years I learned to take those longings to the Lord, who ultimately blessed me abundantly with 3 adopted children and 1 biological child. The loss leader of infertility, once released to God, led to a happy home filled with children.

A marriage of any duration has seasons and challenges and in our nearly 30 years we have had our share. Power struggles and the power punch of cancer knocked us down, but we were never out. Keeping our focus on the Lord, rather than our earthly difficulties, has allowed us to endure and grow closer.

There will surely be other loss leaders in life, but I no longer fear them. I know there will be more, but I know I will not face them alone.

The writer of the 42nd Psalm understands this. At verse 7 he says, “Deep calls to deep in the roar of your waterfalls; all your waves and breakers have swept over me.” While he experienced his loss leaders, his soul panted for the Lord. As the waves and breakers of life crashed over him, his hope was in the Lord.

What are your loss leaders? Are they calling you to a deeper walk with the Lord?