I don’t think about my heart very much. I just expect it will keep pumping and functioning and it rarely crosses my mind.

Until about 15 years ago.

With younger kids, we decided to get heart scans to see where we stood with our health. Not surprisingly, my husband’s arteries were plaque free and he had no abnormalities.

When it came to my results, the approach was one of hushed tones and concern. “We see something we think you should follow up on,” they said. 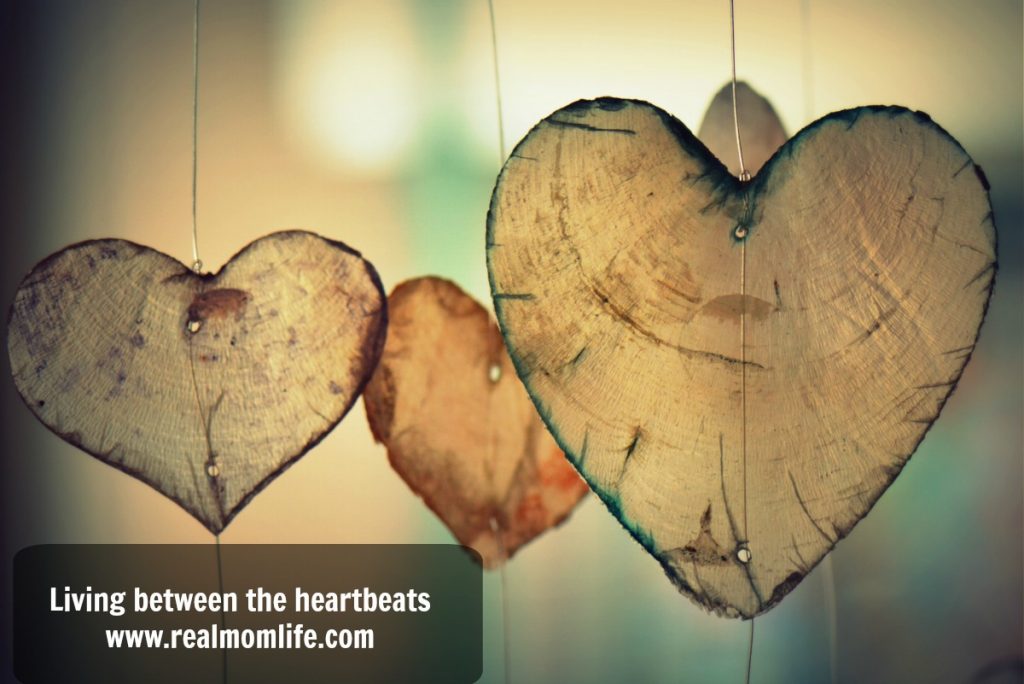 And so I did. A cardiac angiogram is not a walk in the park, but it’s not that bad either. I wasn’t concerned because I felt fine.

Then they wanted more tests. No one wants to hear that.

And so after scans and contrast dye studies that make you feel warm and like you want to pee your pants and walking uphill on a treadmill with lots of wires attached they finally told me they had found an aneurysm in my ascending aorta.

I didn’t really know what an aneurysm is but soon learned more than I ever wanted to learn. People get abdominal ones and get them repaired uneventfully. People get them in the brain and they die with no warning.

This one was right near my heart and came in at 4.5 cm diameter. At 5.0 centimeters, they would have to repair it, a chest-cracking procedure that would require lots of risk and recuperation.

Alright then. How does one digest this news?

If the aorta bursts, the likelihood of survival is slim. Ideally, the aneurysm is repaired before rupture occurs. Surgery is not indicated until the measurement is 5.0. Often, patients do not even know they have an aneurysm and the first sign of it is “rupture, rapid exsanguination and death.” www.patient.info

For the first few months after diagnosis 15 years ago, I tread lightly. I was afraid to breathe too deeply or walk too briskly.

The first few years of diagnostics were frequent and invasive. I didn’t care for them.

With each year that passes, the size of the aneurysm remains stable. I have acquired awesome cholesterol numbers and ridiculously low blood pressure. I have learned to remain, physically at least, mellow like a cello. (My mind, on the other hand, often has other plans!) I exercise and mind my health and rarely think about it.

I have learned to live between the heartbeats. In those early, fearful months, I lived FOR the heartbeats, feeling each one, contemplating the unpredictability of it all. I soon realized that was no way to live.

I am someone who likes to make 5 year plans, lists and strategy mind maps.

Life does not always cooperate with them. Living with an aneurysm has taught me that.

Proverbs 27:1 says, “Do not boast about tomorrow, for you do not know what a day may bring.”

What I DO know is that each day is a gift, that, “Though he brings grief, he will show compassion, so great is his unfailing love.” Lamentations 3:32

What does God want us to do with chaos or tragedy? Abide. Stand. Persevere.

Live life, while we have it. Cherish freedom, while we can protect it. Honor Him, with every breath and heartbeat.

As if I hadn’t heard God’s reminder to me to cherish each day, about six years ago I was in a bad car accident. In rural Ohio, someone ran a red light and t-boned my van. My sweet daughter lay in the back seat, surrounded by pillows and blankets.

My favored, sky blue colored van was totaled. I had a concussion.

With the head scan, they made in “incidental finding” of a totally benign colloid cyst on my brain. As best as I can understand it, it’s some vestige of our brain development and usually remains present, but problem free.

So each year, I shuffle between a neurologist and a cardiologist to monitor and scan things that could go wrong. I can literally and truthfully say that I have had my head examined and do so yearly.

“Is it not from the mouth of the Most High that both calamities and good things come?’ Lamentations 3:38.

In between the heartbeats, I am blessed.

Yet, I never lose hope and always persevere.