I have a special surprise today! Bronwyn Lea, an author, speaker, Bible teacher and MOM who writes over at bronlea.com shares her story about embracing imperfection as a younger mom. Bronwyn and I met through the Redbud Writers Guild, a site to follow today’s Christian women writers. We’ve all spent time on the floor retrieving Cheerios so I’m sure you can relate!

It finally happened: I aged-out of the Mothers of Preschoolers group I’ve been a part of for a couple years.

People had told me time flies and blink-and-you’ll-miss-it, and I nodded my agreement, but there was still something dizzyingly REAL about not just being out of the pregnancy stage, but now beyond the breastfeeding and sleep deprivation and potty training stages, too. Whoa. That stage is past. It was a blur. It was intense. We survived!

A new team of incoming MOPS leaders asked what advice I might have for the next years’ leaders and moms about this stage of early motherhood? It was a good question, and I didn’t want to say something trite like “sleep when your baby sleeps” or, God forbid, “try to enjoy every minute”, so I took the question to another friend and we talked about it over tea. Her advice was like breath of fresh year:

Right at the beginning of the year, invite another mom over, and Don’t Clean Up. 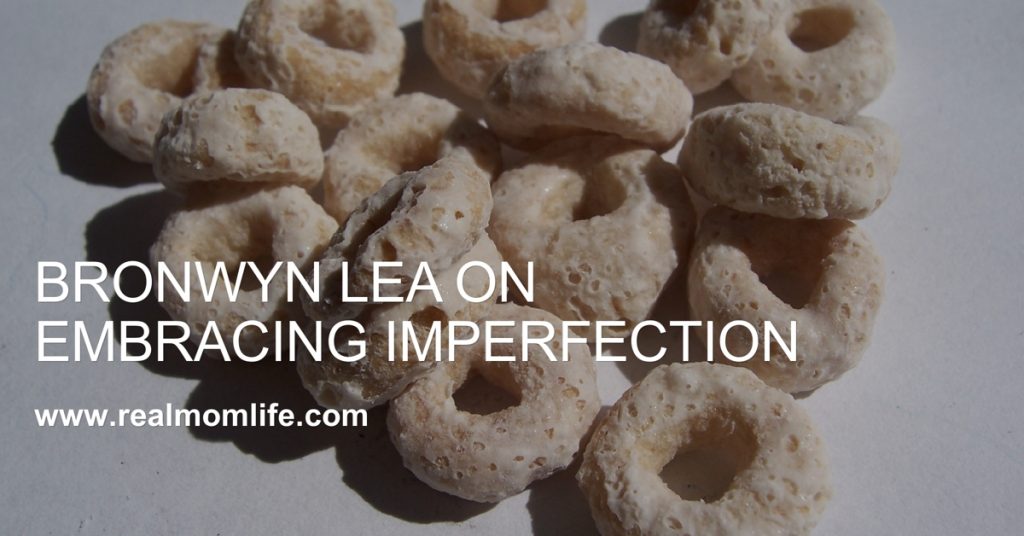 Yes, you read that right. Invite a total stranger over, and then don’t clean up or tidy away or pack things up in the frantic half hour before she’s due to arrive. (This advice applies unless you’re a viable candidate for the Hoarders TV show… in which case you may want to just push aside some of the clutter to create one free chair…) Just leave the mess on display, she said. And make tea.

Here’s why: my friend shared a story about a newborn moms group she’d attended after her first was born. It was early in the morning, and she said most mornings it was all she could do to put pants on before leaving the house. It was a sunrise cluster of under-rested and over-caffeinated mamas in nursing tanks. She joined the dazed half dozen moms with their newborns, and they lamented how hard breastfeeding was, and how much they HATED their husbands when they slept while they were awake with the baby, and how they worried they might be bald in a month from how much hair they were losing post-partum. And amazingly, after an hour of listening to one another tell hilarious and awful stories of sleep deprived sobs, each of them got into their cars and headed home feeling consoled.

She contrasted this with the mothers group she joined a few months later. Everyone came looking fairly put together, she said. The tables looked beautiful, the crafts were well thought out, and a substantial number in the group had managed to put on mascara mascara!! before leaving the house. With everyone seeming to have put in a good effort at prettying up to be together, she wasn’t sure her still-feeling-overwhelmed-messy-self had a place at the table. So she, too, put mascara on, and dug out a clean(er) pair of pants, and smiled at the table. But she felt lonely.

Lonely, she said, until one of the moms from her table invited her over one random Tuesday morning and, making a quick apology for the Cheerios that were still scattered under the kitchen table and the tiny clothes strewn on every stair, welcomed her in for tea. She breathed a sigh of relief: here was a woman whose home looked a little more like her own home. And perhaps if she could tolerate mess in her house with good grace, she could also handle some mess in her friends’ lives in a similar way? Here was the possibility of a friend with whom it might be safe to not have it all together.

This was a number of years ago, and my friend is now well out of the potty training years herself, but it left a deep and redemptive impression on her. While she is by nature a tidy person: one who—unlike me—wipes counters down long before she accidently gets jelly smeared all over the mail. But, she was reminded of the grace to be on the receiving end of someone whose focus was less on making a good impression, than offering a warm welcome by making an honest impression. For some, that might mean not hiding away the depression meds. For others, that means leaving that mountain of unfolded laundry right where it is, and just stepping around it as you offer your new friend a cup of something hot.

My friend is wise. So often, I have anticipated people coming over and looked around my house, wiping counters long before I would otherwise have done, and thinking “what will they think of me?” But whereas entertaining wants people to think well of our home, hospitality is about making others feel welcome in our home.

It is easier to say Mi casa, su casa (my house is your house) if, in fact, my house feels a little like your house: we want it to be lovely, but it is also inhabited by real, mess-making people.

And so I won’t wait until the decorating is finished or the counters are finally redone or the laundry pile is packed away or the carpet has been vacuumed before I invite you over.

Because even though we’ve moved out of the season of midnight feedings and diapers, we still have a whole lot of mess in our lives, and we all need someone safe enough to welcome us in anyway.

Bronwyn Lea is a mom of three, living in an occasionally-tidy house in Northern California. She hosts an advice column and writes about the holy and hilarious at bronlea.com, and is a proud member of the Redbud Writers Guild. Visit her online on Twitter and Facebook.