What if I got real with my writing?

What if, instead of talking theoretically about growth and self-help, I started to write about what it was REALLY like to be a 62-year-old woman in 2018?

Would people read it? Could I stand to be that real?

It’s gonna get real up in here! 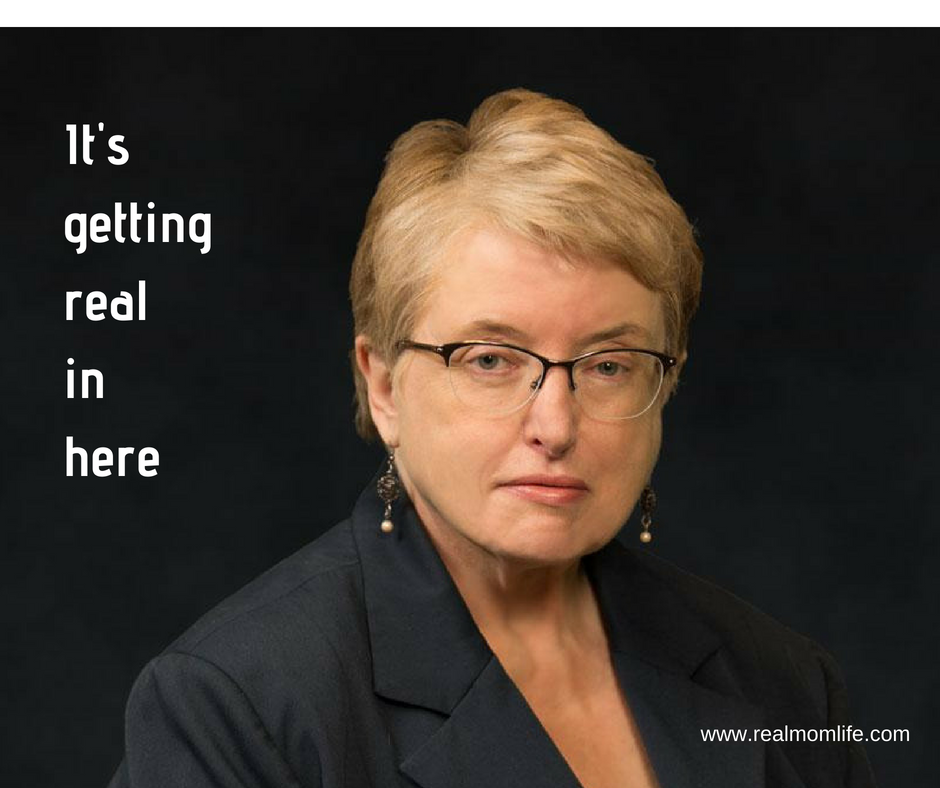 I think I was born with a pen in my hand. I wrote stories when I was a little kid.

My dad wrote stories too. He wrote about being an Irishman who moved to America to raise a family. He wrote about faith and family and all its challenges. He never did anything with his writing because he was too busy providing for the eight kids he sired.

I’ve had some success in writing, having 7 books traditionally published and many more things published than I can even recall. I’ve spoken at conventions around the country and been on radio and TV.

Besides raising my own brood of four kids, now all young adults, writing has been the joy of my life, along with the speaking and encouraging that has accompanied it.

Sometimes I don’t even feel like the same person who wrote those books. My books are about parenting, adoption, and homeschooling.

For me, family life was both a bouquet of blessings and a nightmare of difficulties. I’ve survived, as have my kids.

But life is different now. The young adults don’t “need” me in the ways that they needed me when they were young. The intense, hands-on years of raising young souls are over.

As they grew, I stared into my future and it scared the hell out of me.

When you mother wholeheartedly, sometimes we forget who we are.

I was so busy doing for others and tending to the needs of others that I began to lose some of my self.

That self was always underneath, often clawing for attention. I definitely ignored her. But she refused to be silenced.

It has been a great joy and adventure to rediscover and express myself!

Sometimes 62 feels old. Sometimes it feels like adolescence all over again.

But it’s adolescence with money and good insurance. And I’m having a much better time of it.