When I chose full-time mothering for my four children, I tried to make an informed decision.  Would being available, especially to young children, be of value to them?  Research suggests that there are enormous benefits to the child.

For the past few decades, researchers have been studying what they call attachment theory, trying to determine what experiences or types of support children need in infancy to feel secure and loved.

In the early 1950s, a British researcher named John Bowlby began to study maternal deprivation – how separation from mothers affects children.  In a report to the World Health Organization, Bowlby warned against separating children from their mothers, even less-than-perfect mothers.  His reasons were that such deprivation put the children at increased risk for physical and mental illness.  He thought that such separations thwarted the child’s instinctual need (demonstrated by such behaviors as sucking, clinging, following mom) to keep mom close by.

And so attachment theory was born. In a landmark work on the subject, Bowlby outlined his underlying belief that a child needs a reliable, ongoing attachment to a primary caregiver and that he suffers, perhaps irreparably, if that attachment is interrupted or lost.  Bowlby believed that the young child’s hunger for his mother’s love and presence is as great as his hunger for food, and that her absence inevitably generates a powerful sense of loss and anger.

Bowlby was the first in a long line of experts whose research substantiates what mother wisdom has told us all along: Your baby needs you.  In fact, her emotional attachment to you is crucial to her emotional development. 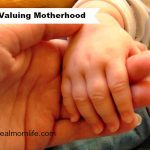 Another researcher, Mary Ainsworth, picked up on this theory and expanded it.  Her great contribution was to come up with a method of assessing or measuring relatedness.  In her Baltimore lab in the 1960s, she devised a technique called the Strange Situation.  One-year-old infants were taken to a lab with their mothers and observed as the mother separated from the child. Part of the time, a stranger was in the room, and part of the time the child was along.

Her observations lead her to conclude that there were three patterns in how the babies reacted:

Regarding the behavior of the mothers, Ainsworth concluded that mothers of securely attached children were more responsive to their feeding signals and crying and readily returned their infants’ smiles.  Mothers of the avoidant and ambivalent babies were inconsistent, unresponsive, or rejecting of their babies.

These patterns of relating and viewing the world persist into adulthood.  Parental absence is far from abuse, but the effects on children can be devastating.  Dr. Brenda Hunter writes:

“What happens when parents have the capacity to love their children but are absent due to death, divorce, or career demands? For a child, absence does not make the heart grow fonder. Instead, absence generates profound feelings of rejecting and a yearning for love that can dominate the whole of life.  It matters that a mother is present, both physically and emotionally, during her child’s early life. If she is lost in depression or exhausted by the multiple demands of her life, or absent for long hours each day, her relationship with her child will be affected.”

Children need the consistent, available love of their mothers.  Without it, they feel unloved and may experience difficulty in intimate relationships for the rest of their lives.

If you are a younger mom struggling with this decision, with all my heart I encourage you to exercise all options you need to become a stay-at-home mom, especially when your children are little.  That may sound hopelessly old-fashioned in the 21st Century, but it is an accepted psychological theory that your children desperately need this early attachment to you.  You may make financial sacrifices now, but the benefit to your child is immeasurable.

Get involved with Mothers of Preschoolers (MOPS)

Previous Post: « Clothing Organization: Take stock before you shop!
Next Post: Special needs: Is it legal to homeschool? »