Maybe the 24/7 news cycle is to blame. We get instant info before all the facts are in. Because most news is slanted, we are quick to take a side, make a decision, and take a stand. 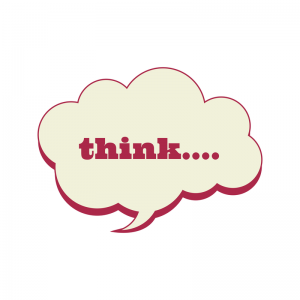 It is an all too human tendency to rush to a conclusion. We don’t like broken circles in our thinking. We are quick to close them up to complete a cycle.

But life isn’t like that. Important things in life require thought. Ideas need to percolate. Fundamental fairness suggests we at least get all the facts before we act on a conclusion.

It happened again in the Michael Brown shooting. Even to the untrained eye, something seems stinky. I know the difficulty of the police officer’s work as I am married to one. Split second decisions are made and the spectator has no way to assess what happened in the moment – until all the facts are in. It’s a thankless job and every action is analyzed and judged.

On its surface the Brown shooting is troubling. But were we there? Do we know if there was a grab for the officer’s gun? Forensics and sorting out eyewitness accounts will reach a reasonable conclusion.

Until then, why the rush to crucify the police officer? Last time I checked, he is still innocent until proven guilty. Can you imagine a community rising up and demanding justice in such a fashion when a police officer is shot? That would be refreshing. But I doubt if we would loot to protest the shooting.

Besides, did we learn anything from the Zimmerman case?

Finally, what about the Brown shooting justifies looting? Maybe it’s because I’m White, but I have never understood that activity. Your community suffers a slight or a wrong. How does that justify destroying and stealing from fellow humans? Maybe someone can share that rationale in the comments.

In our increasingly polarized country, under the president who was going to bring us together, I urge all Americans to exercise caution and engage in critical thinking. Another part of the difficulty may be that they no longer teach critical thinking in school – they merely serve up the party pabulum which passes as knowledge and students don’t learn to look at all sides of an issue.

So many instances over the past few years illustrate this point.

We were told the scores of illegals crossing the border were minors escaping violence. When all the facts were revealed, we learned that this wave of immigration was anticipated, planned for and encouraged in the name of social engineering. As an adoptive/foster parent, any story about “the children” tugs at my heart. But this border busting is not about child welfare. If we, as a nation were concerned about “the children” we would assess the hundreds of thousands of children in foster care and the hundreds of children slain on the streets of Chicago each year.

We were assured that Obamacare was about making sure everyone had affordable healthcare. With legislators who confess to not even studying the bill, we are now suffering the havoc that ensued – a nearly destroyed private healthcare system, an economy suffering from the business earthquakes caused by this legislation and, in the end, only a few formerly uninsured now enjoying coverage. What would have been the result if we, as a nation, had engaged in a smidgen of critical thinking about this bit of social engineering?

As a former homeschooler, I carefully followed the Common Core debate. This blatant attempt to assert Federal control over education has been an abysmal failure as states rush to exit from the standards. They took the Federal enticement money, realized what a disaster it was, and are now seeking to bail out. Even the educators couldn’t think their way out of dodging this disaster. Indeed, it was not all about the children. In fact, whenever our government says something is “all about the children” you can practically guarantee it is not.

What other clusters could have been avoided if we, as a nation, took some time to assess, think, discuss, research, maybe even – dare I say – pray about our reactions and decisions?

Where is wisdom? Where is learning from history?