My mother lived a hard life. We were poor and she had 8 children. Dad was a janitor who earned low wages and drank a lot. She was depressed most of the time, which accelerated as time went on. My adolescence was spent listening to her talk about how much she wanted to kill herself and how she planned to do it. Then they both died while I was still a teen.

Not much caused her eyes to light up. Her life had few pleasures. 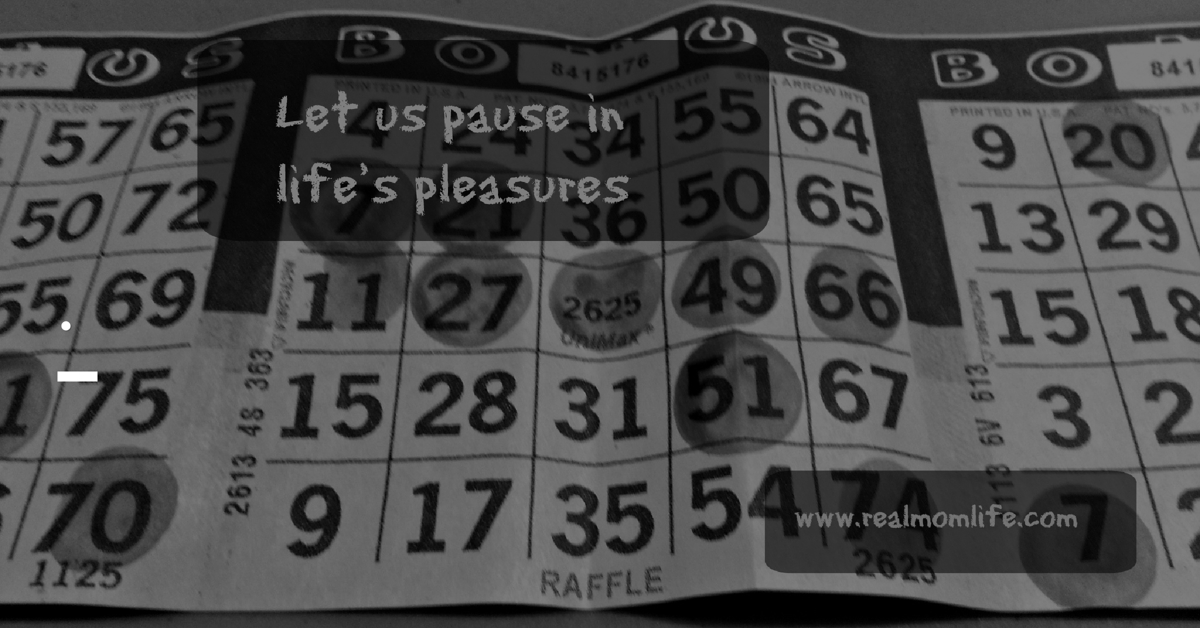 One activity that made her happy was to play Bingo at Visitation Church in Chicago.

They squeezed out a few dollars and she enjoyed a rare night out with the ladies. Once in a while she would come home absolutely delirious with delight because she had won an iron or a toaster. It’s interesting that her “prizes” were items that only kept her tied to the home and domestic drudgery. But it brought her joy.
She’s been gone many, many years.

Other people have bucket lists that include skydiving or exotic trips. I have a long list, filled with both unusual and mundane activities.

High on that list was my desire to play Bingo. Maybe I believed this would rekindle the memory of my mother in my heart or somehow bring her close again. It’s been so very long. I had always planned to do this with my sister, Katy, but she is now gone as well.

The Bingo day kept getting pushed down the priority list. Family life is so very busy.

Last night, another sister and I made it happen. It was everything I wanted it to be.

We set out to find the Lithuanian Culture Center in Lemont, IL. There is a huge campus there, including sports clubs, a preschool, a church and many more cultural and community offerings. The photo was taken there in an area that may have been a cemetery, or an area simply set aside to honor ancestors. It was lovely and peaceful.

My father was from Ireland and my maternal grandmother was from Lithuania. In my math, I am ¾ Irish and ¼ Lithuanian. That counts. 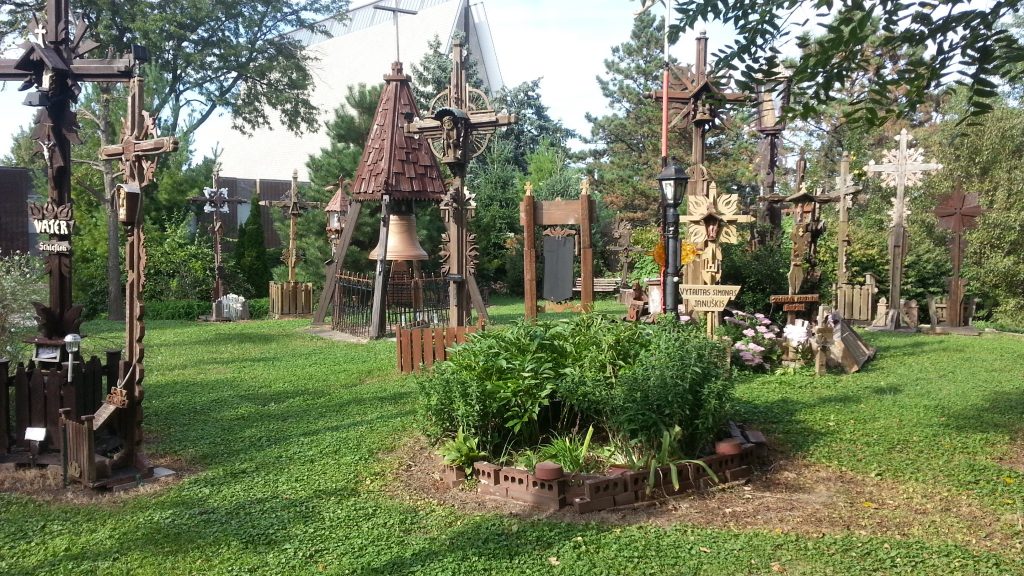 The table attendants were Bingo lifers. They gently explained everything to me and my sister. The price was reasonable and we enjoyed a BBQ chicken dinner before the excitement began.

There are a series of pre-games before the big games. They have three cards on a sheet and the prizes were a few dollars. Attendees are issued a dauber for $1 and you can choose from several colors. The Bingo pros have all colors of daubers and carry them around in a caddy. (I teased my sister that I would be crocheting one for her for Christmas. I don’t know how to crochet.) 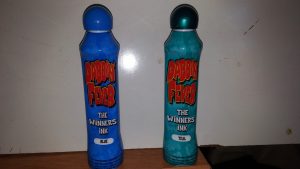 We settled in at our table and I won one of the early games for a few dollars. Two lifers sat across the table from us and coached us through. Some of the games have complex rules, like double and triple layer cake. I think our coaches secretly snickered at our ignorance.

I picked up a newspaper there that listed all the Bingo games across the suburbs. You can find a Bingo game several times a day, every day of the week. It also had advice columns that included stories about how to deal with a spouse who spent all their retirement money on Bingo. The advisor said, “At least she’s not in the bars.” Sure enough.

After the preliminary games came the serious games. Top prizes ranged from $100 to $500. We didn’t win, but savored the atmosphere. The hushed silence as the numbers were called, the cackle of excitement as a winner was recognized.

I soaked it all in and remembered a simpler time at Visitation Church when Mom and the gals sat at long tables just like these and waited breathlessly to see if life would reward them for their participation.

I don’t know if I’ll go back again. I pretty much got it out of my system.

As I process the experience today, I am left with one conclusion.

I am so very blessed.

Give a listen to the video below and pause in life’s pleasures and consider your own blessedness.

Let us pause in life’s pleasures and count its many tears
While we all sup sorrow with the poor.
There’s a song that will linger forever in our ears,
Oh, hard times, come again no more

While we seek mirth and beauty and music light and gay.
There are frail forms fainting at the door
Though their voices are silent, their pleading looks will say,
Oh, hard times, come again no more.

There’s a pale drooping maiden who foils her life away
With a worn out heart, whose better days are o’er.
Though her voice it would be merry, ’tis sighing all the day,
Oh, hard times, come again no more.