I’m not adopted.  But did I really know my mom?  I can’t say that I did.  Because the communication between my mother and myself was always at a small talk level.  I never knew her real feelings or anything about her personal life until many years later. I know the story of how my mom and dad met  –  she a widow and teacher at local elementary school, he a widower and farmer with two small boys.  They met because my dad wrote a lunch money check to the wrong school.  The rest is history.  (It is rumored he did it on purpose.) 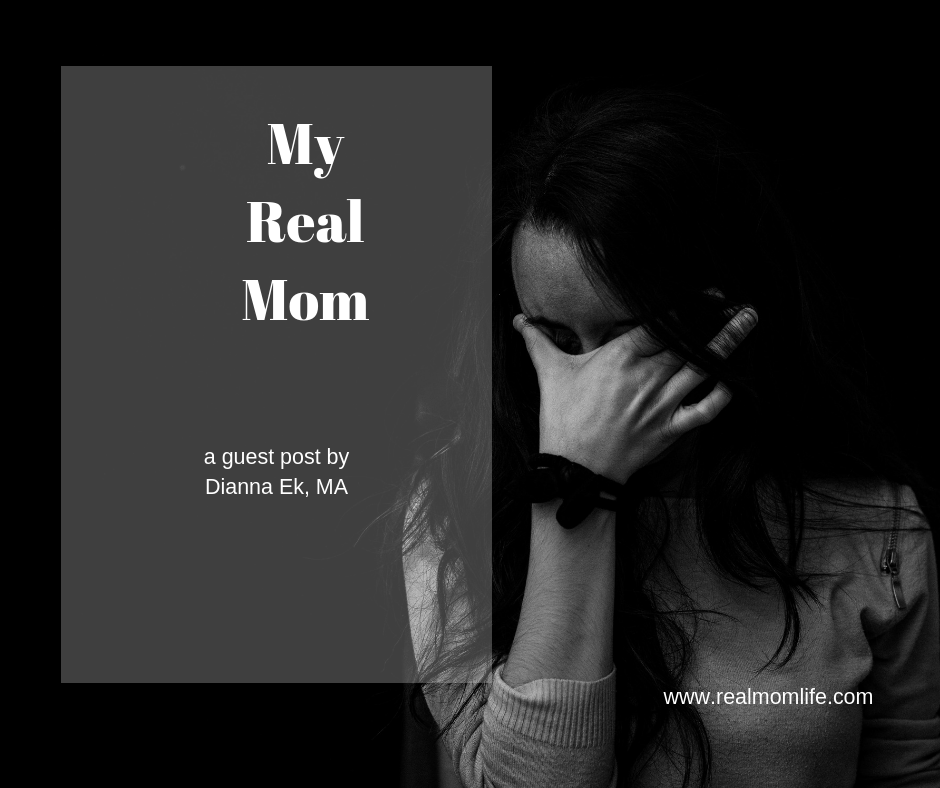 I was in my forties and my children grown up, when I went back to school to finish my business degree.  I became fascinated with behavioral science, the study of human behavior, and ended up with both of my degrees in Behavioral Science, with a major in Systems Counseling. Systems theory means looking at all aspects of a problem so you can understand how it evolved, and understand the “why.”  Because understanding makes it easier to solve problems and/or accept change and move forward.  My grad school’s philosophy was that to be a good counselor you needed to figure yourself out first.  So in addition to extensive training in communication, my graduate work involved two years of intensive self-reflection exercises and projects, essentially two years of personal counseling – and it really changed my life.  My only regret is that my sons were grown before I learned any of this.

It is important to say that there is real value in small talk.  It is critical for customer service, for meeting new people, for greeting friends and family, and for business relationships.  But small talk’s real value is safety.  Small talk covers up feelings and keeps us safe from being hurt. But when small talk is our only means of communication it not only keeps other people from knowing us, but it keeps our feelings simmering under the surface which is unhealthy.  And it keeps us in a very lonely place.

It was during grad school I had a very important memory about my mother.  I remember her standing at the breadboard in the kitchen crying on multiple occasions.   She thought after being an elementary teacher it would be easy raising two little boys.  But she found it difficult dealing with two mischievous little boys (who had just lost their mother to illness the previous year.)  She had many conflicts with my brothers, and that meant an almost certain conflict with my dad.  This went on for many years, and created an atmosphere of conflict that had a profound effect on our family.

One day during mom’s later years I drove her out to the farm where I grew up, and my parents lived for 50+ years.  Mom asked me what I was learning in grad school and this gave me an opportunity to tell her about my memory.  She turned to me and said “I didn’t think anyone ever noticed.”  It was the deepest conversation we ever had.  I got a little glimpse of my real mom  –  without small talk.

Two weeks ago this same topic came up with my estranged son.  I have stayed in touch by texting every few months, whenever there was something relevant to say.  This time I asked him how his friend Mary [made-up name] was doing.  I asked because I saw her picture and remembered he had posted something several months earlier about her being ill.  In response to my question I was lambasted with an abusive comment.  He told me it was absolutely NONE of my business how his friend was, and how dare I ask about her.  We went back and forth a bit about his comment, then he ended the conversation by saying something pretty close to home for me.  He said he was tired of my “fake courteous bullshit.”  I am now blocked from seeing anything about him.

This was an “aha” moment, because it reminded me of my small talk relationship with my mother.  That is the communication I grew up with and that is the communication I parented with.  I think my son was referring to my texts, which of course were small talk, because I’d been walking on eggshells with him for a long time, trying not to trigger his abuse.  It’s not that I haven’t tried having a deeper conversation.  But when I did, he called me manipulative.  My son does not really know me, just as I did not know my mother.  But the difference is that he has a mother who is willing to communicate with him at a deeper level, yet he chooses to reject the opportunity.  I hope and pray this changes someday, but for now he does not want to know me.  It is a tremendous loss, but I’ve decided I will take no more abuse.  My heart and my door will always be open to him, but no more abuse and no more contacting him.  It took me a long time to get to this place.  Previously I could not relate when other members talked about reaching their own limits.  I thought I would try to contact him forever.  But I am now at that place.  My experience is a good example of what we have talked so much about in our group.  We are each going through a grieving process, but in our own time.  There is no right or wrong about where you are in this process.  Please be easy on yourself.  You are among friends who know how you feel.

Dianna is an awesome administrator and encourager at our private Facebook Group:  Parents of Estranged Adult Children

– – – – – – – – – – – – – – – – – – – – – – – – – – –
Dianna Ek M.A.
Life & Relationship Coach
(253) 740-0210
diannaekma@yahoo.com
Dianna Ek, M.A. is a life and relationship coach.  She has a private consulting practice called Mind Body Spirit Consulting.  She is a communication skills specialist and a communication skills instructor.  She was formerly a marriage and family counselor for ten years and started her consulting practice in 2013.  She works part-time with clients who are motivated to understand themselves and others, and who are willing to work on change and/or acceptance.  Her coaching philosophy is based on systems theory which is the study of problems considering the big picture.  With that in mind she also encourages clients to understand themselves from the perspective of mind, body, and spirit.  She believes that understanding precedes courage.  That when a client understands the evolution of their problem they will be more successful in solving it or accepting change and moving forward.  She also approaches coaching from a personal  philosophy of “whatever happens I can learn from it.”  Ms. Ek has a Masters Degree from Bastyr University and a corporate background in education and training at The Boeing Company.  She describes herself as having a direct, intuitive style and is known as someone who is easy to talk to.  She works with most of her clients via telephone or Skype, but sees some clients in her home.
She lives by the water in Allyn, Washington.  If you are interested in working with Dianna please contact her at (253) 740-0210 for more information.
Previous Post: « Living a Full Life!
Next Post: Developing an Attitude of Gratitude »