This has been a year of drawing nearer and loosening.

Of change, for sure. 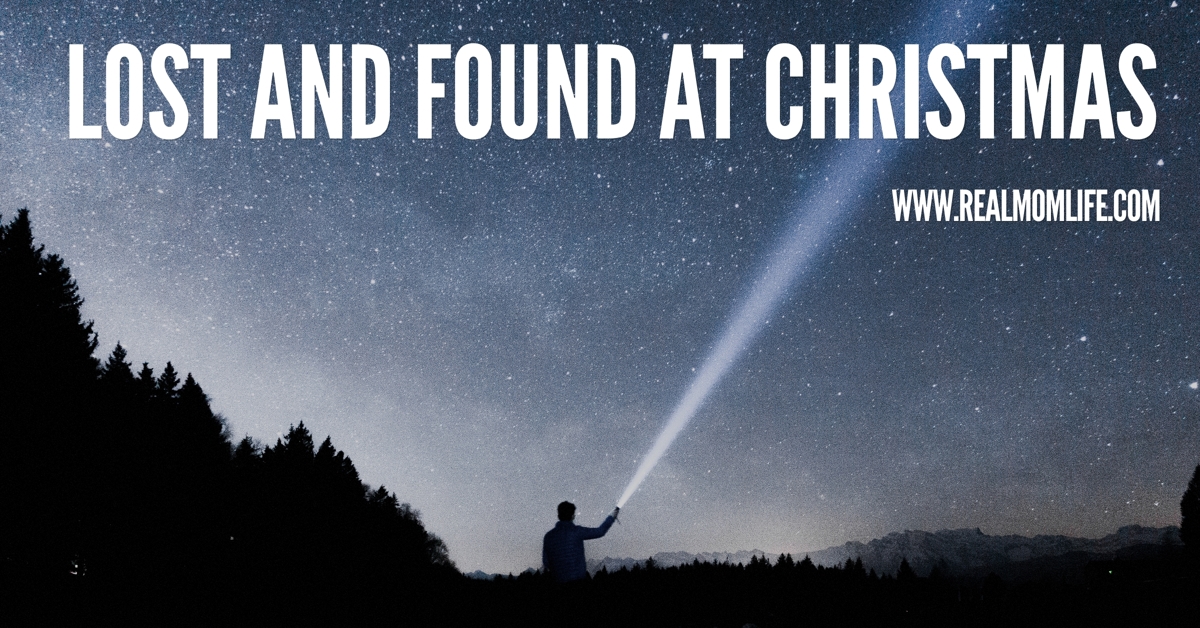 Of finding new and discarding old.

And of losing and finding.

I got a letter this year saying there was some unclaimed money waiting for me. It was something that had been lost and was now asking to be found.

After minimal checking, I discovered it was $43 from a checking account in a town where I lived many moons ago. But the process involved in reclaiming it was so tedious and laborious, I let it go. The value to me was not worth the effort.

Other things are worth ANY effort.

Remember the shepherd in the Bible who lost a sheep? (Luke 15: 3-7) The sheep who had wandered away was so precious to the shepherd that he left behind 99 sheep to search for the 100th sheep that had gone astray.

Moms are often called upon to focus on the needs of one child, seemingly ignoring other children. Every child in a family of multiples knows this feeling. The child with a high fever is doted upon, leaving the others less attended to.

Sometimes in families, it is the child with other special needs. I recall seasons of being so preoccupied with dealing with therapy and strategies learning disabilities and ADHD that my neuro-typical kids felt left out. But, no worries, they each had their seasons in the sun with challenges that required the family focus.

In the lost and found parables from the Bible, the stakes get higher – from a sheep to a coin (Luke 15: 8-10) to a son (Luke 15: 11-24).
Yet in each instance the seeker invested their all in redemption and restoration and never lost hope.

What came at the end of each journey? Joy. Celebration. Rejoicing.

A mother’s love is relentless. When a piece of that heart is lost through a child’s actions or choices, she will move heaven and earth for restoration.

This year, part of my heart was restored. It had been left ragged and messy and all hope seemed lost. My mental and physical health both strained from the loss.

Yet, while what was lost was still a long way off, “his father saw him and was filled with compassion for him; he ran to his son, threw his arms around him and kissed him.” (Luke 15:20)

My compassion for my lost child never waned. Sometimes clouded by my own self-pity, sometimes shrouded in anger, love and compassion remained.

I learned to let go. I healed and learned to be whole despite the hole and purposed to live wholeheartedly in spite of the loss.

And then from a distance, that which was lost was found. Like the father in Luke 15: 24, I was able to proclaim, “’For this son of mine was dead and is alive again; he was lost and is found.’ So they began to celebrate.” Let’s have a feast and celebrate!

And so for me, this is a special year of lost and found on Christmas. My mother’s heart is full. No matter where life will take the adult children the Lord has blessed me with, they will each always know that they are loved relentlessly – that their lives are worth any amount of searching and seeking.

Are you a Mama with a broken heart this Christmas? Don’t stop hoping, praying and searching

There is restoration and redemption all around us. In a world that targets and tempts our young people with empty promises to turn their hearts away from all that is good and healthy, love fully and love relentlessly. You are never without hope.