The last several years have been ones of helping our young people write resumes.  Some went smoothly. Others were agonizing.

I read an article called “Avoid these resume mistakes” in my Sunday Chicago Tribune, August 16, 2015, Section 2, page 12.  Being able to write a decent resume is a critical life skill. Career Builder surveyed employers to ask what mistakes or blunders (or outright lies!) they had found on applicants resumes.  Some of the best are below:

Moral of the story is to tell the truth, all the time, and present an accurate picture of yourself.  Sharing the humor of this list with your young person might make him think about puffing his work experience.  Make this life skill focus on portraying optimism with potential with integrity. 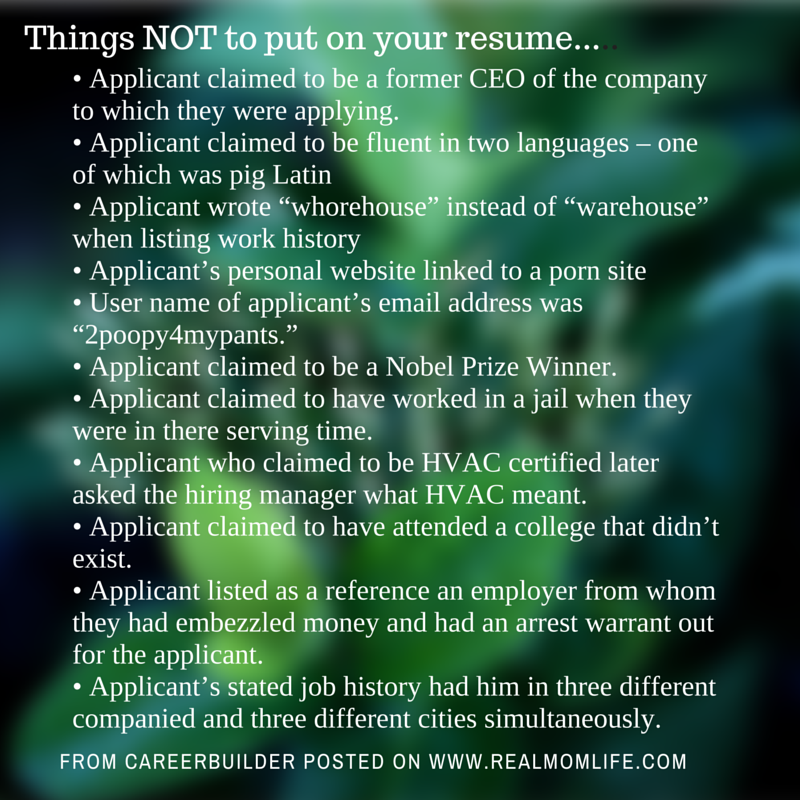