For some parents, their kids reaching adolescence can often be viewed as a blessing, while for others it’s more of a curse! However, it’s an important life stage that involves many new experiences, for both your teen and yourself as a parent. It’s also a perfect time in their lives where an abundance of essential new life skills can be learnt to prepare for an easy transition for when your teens are ready to leave the home nest. 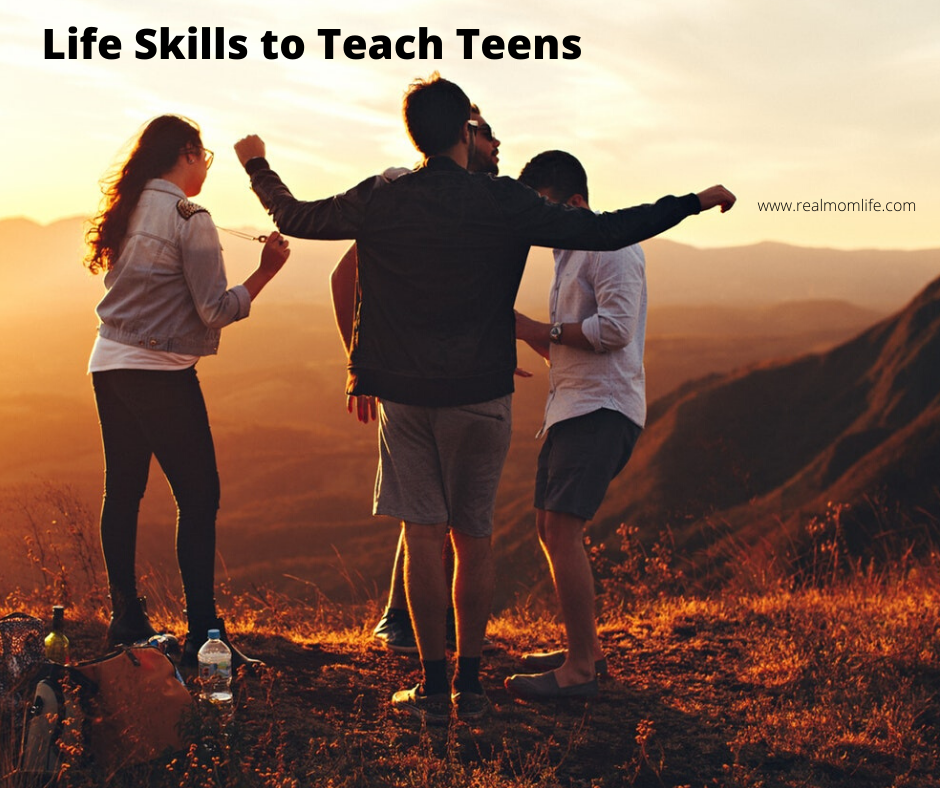 While some kids can’t wait to become a teenager to have more independence than they did as a child, for some, it can be daunting. While your younger teens may need a helping hand with some day-to-day occurrences, it’s simple household chores such as doing their own laundry, washing dishes and cleaning their rooms that can really make a difference in introducing the idea of self-reliance. This way, your teens can get used to the thought of having certain domestic responsibilities when they move out, and it may even encourage them to actively help you around the home from time to time!

Show Them How Fun Cooking Can Be

Just like washing dishes, it’s important to encourage your teens to learn how to cook for themselves. While it may be tempting to order a pizza, cooking with your teen is always a great and sociable experience that feels so rewarding once it’s served up on a table, and it’s also a vital life skill. Teaching the safety of the kitchen is also equally as important to discuss with teens to prevent injuries, cross contamination from food, and fires.

Teach Them Safety While Out with Their Friends at Night

While some teens may make it apparent that they know it all, it’s never too late to teach them night safety. If they’re going out by themselves to visit a new friend, remind your teen to text you when they arrive at their destination, and to let you know what their friend’s address is. Urge your teen to always walk with others while out at night, and to never agree to go somewhere that feels wrong in their gut instinct. If your older teen drives, it’s paramount to ensure that they understand the dangers of reckless driving and of being under the influence in order to prevent any accidents, which many require a car wreck lawyer.

Acknowledge Academic Success and Reward It

Sometimes, teens can have a lack of will power to complete their growing mountain of homework. Whether it’s due to stress, or low-self-esteem, it’s vital to acknowledge where they may be slipping in class and to find a solution. Telling your teen “I’m so proud of you!” or “You’ve got this” can help to switch a teen’s mindset around, especially if you offer a reward system, such as pocket money for going out with friends, or a new pair of shoes they’ve had their eye on. A teenager who is motivated for school will often go forward in their future job as an adult with an efficient work ethic to help them thrive in life.

Previous Post: « Fear Not There Are Solutions To Your Home Nightmares
Next Post: How To Tell The Kids “We’re Moving!” »