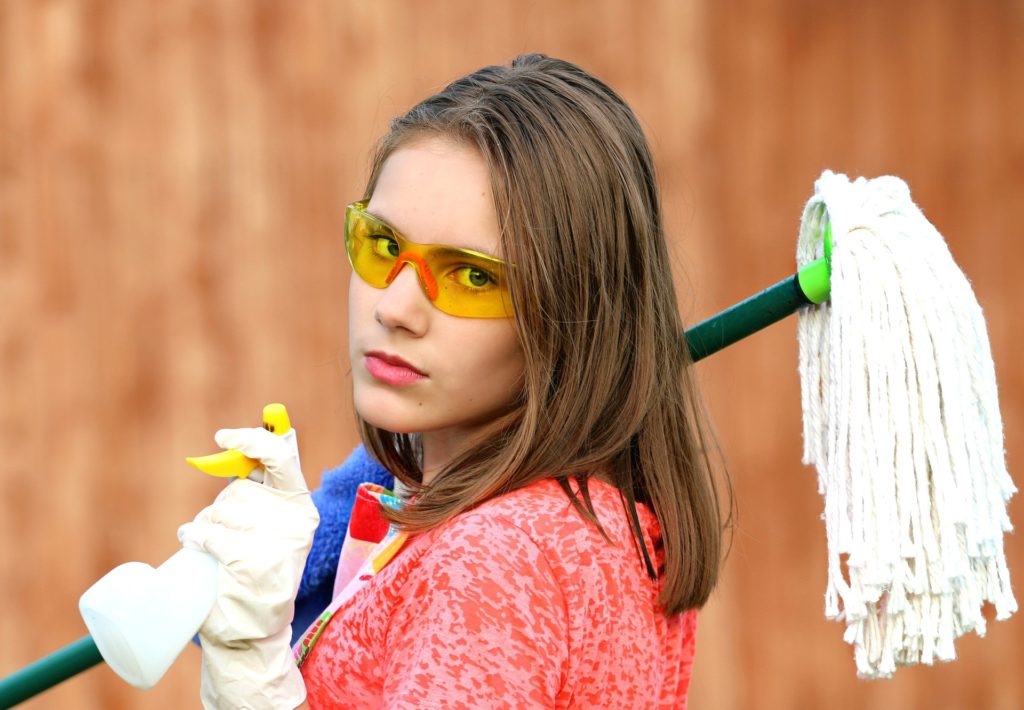 We can spend a lot of time working to make small changes in life, but they’re not always where they really matter. When we feel overwhelmed by being a parent and we’ve got so many things to do but not enough time to do it in, where does the balance lie? It’s hard to tell. Instead, we’ve got to think about being economical in those everyday tasks that seem to take forever. Cleaning is a great example. When you add it up, after cleaning those skirting boards, vacuuming the place, as well as making sure that the toilets are supremely clean, it can seem like a lot of work to get the place spick and span every single week. This means we’ve got to figure out ways to cut our cleaning time in half. How can we do this?

Use The Right Tools

A shoddy worker blames their tools, but if your vacuum isn’t picking up anything, you have every right to blame it! If you’ve got a big property, vacuuming can take forever, but this is where a Roomba can help. A robot vacuum cleaner may seem like a pointless expense, but if you’ve got a massive property to clean, you’ve got to cut corners somewhere. In an ideal world, it would all be done in an hour, but we know that vacuuming alone takes that long, or even longer, depending on the fluff in the carpet!

Get A Structure In Place

It’s not just about working hard, it’s about working smart. When you think about putting kitchen spray on a shower door, do you tend to start wiping it right away? Instead, think about giving the sprays an opportunity to do their job. Spray a surface, come back to it in five minutes or so, and you’ll find it an easier task. That way, you are making the most of your time, and not putting in as much effort.

The “Little And Often” Rule

We’ve got to get it into our heads that cleaning is one massive task. It’s a combination of smaller tasks. And when we look at it like this, we can begin to be clever in how we accomplish them. You could put your cleaning duties into certain chunks, known in professional circles as “batching.” For example, polishing is all done it once, and vacuuming is done another time. But what we could do instead is go for the “little and often” rule. Rather than cleaning up once a week, if we start to keep on top of little cleaning duties, such as polishing, or vacuuming a part of the floor that gets fluffy other the rest, it’s an effortless way to maintain a pristine looking house. When we don’t have time to undertake a mass clean, this can be the biggest lifesaver.

In addition to these, think about prevention. Putting a drain cover over your shower plug hole, taking shoes off before coming into the house, or having a doormat inside as well as outside the front door are things that will make a big difference.

Previous Post: « Giving Your Loved One A Perfect Place to Rest
Next Post: Home Security (It’s Not All About Surveillance Cameras) »