OK I will confess that I found the second Father’s Day DIY idea here on Pinterest a few years ago.  The execution of that pinning pro was much more lovely than ours, but that doesn’t really matter.

When you’ve been parenting a long time, these holiday gifts become more challenging.  We’ve gone through all the young kid crafts, like the paper tie and the construction paper cards.  My husband is not a sports fan or a golfing guy so it is even more challenging.

When the kids were quite young, I got a drawing book that I purposed to keep for many years.  Each year, I would choose a photo for each child and paste it in the book and ask the child to draw a picture or write a few words.

We called it A Memory Book of Your Fathers Days.  I wanted to chronicle the kids feelings about Dad as they grew. As you can see from some of these entries, it has become a cherished collection. 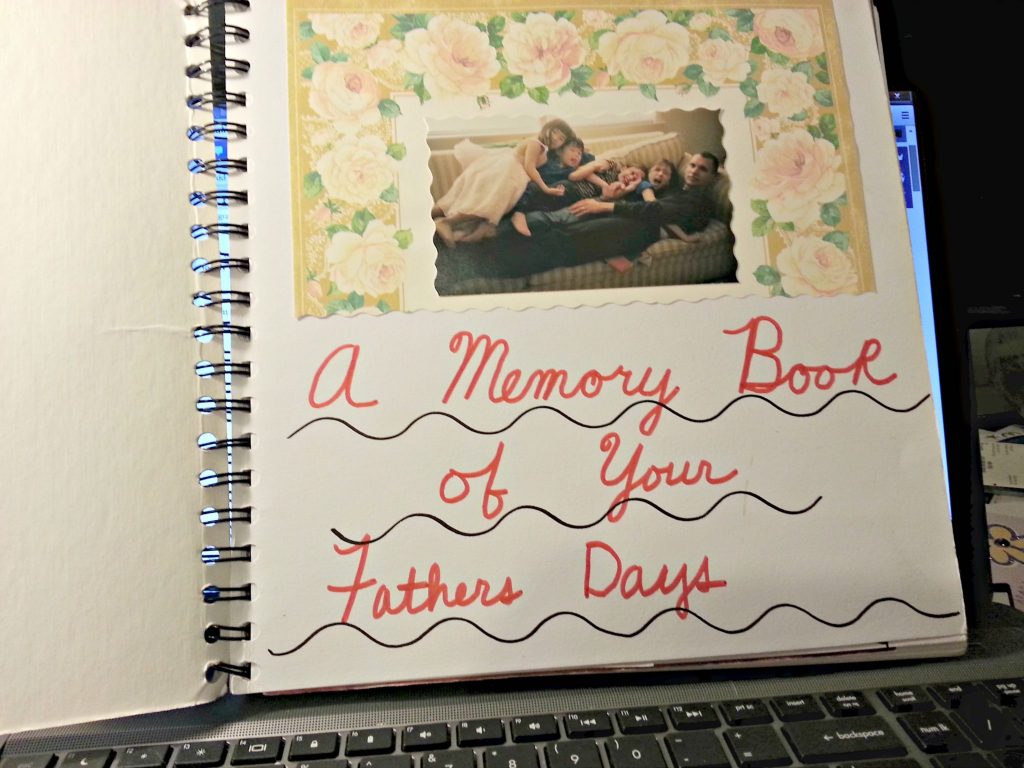 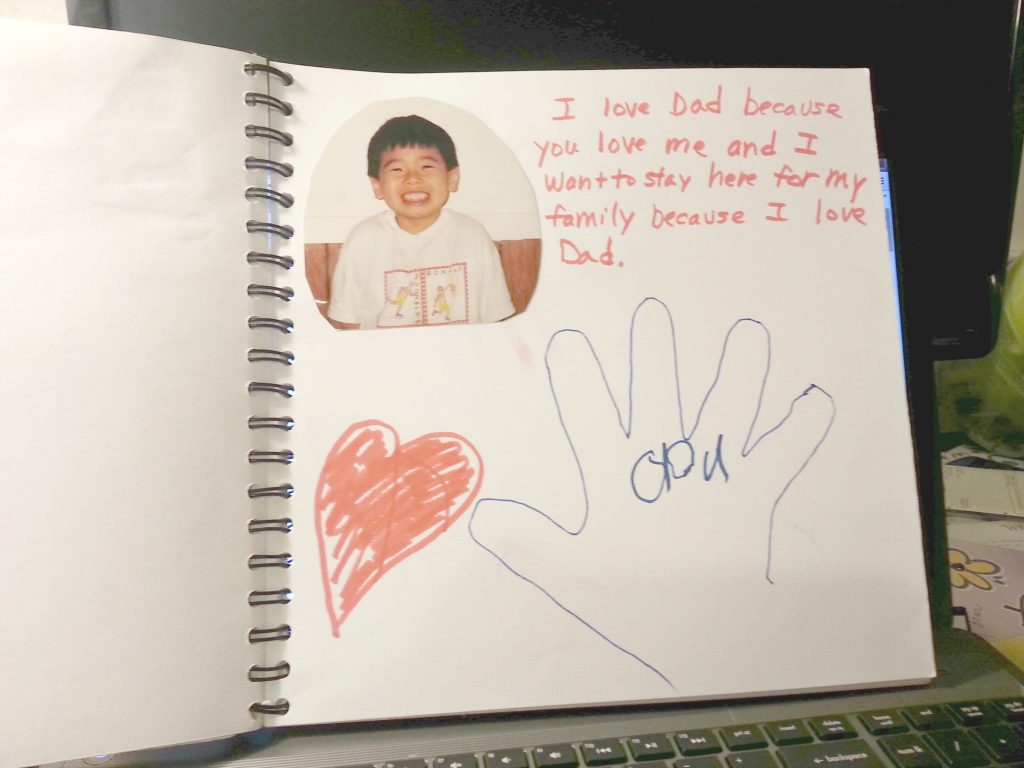 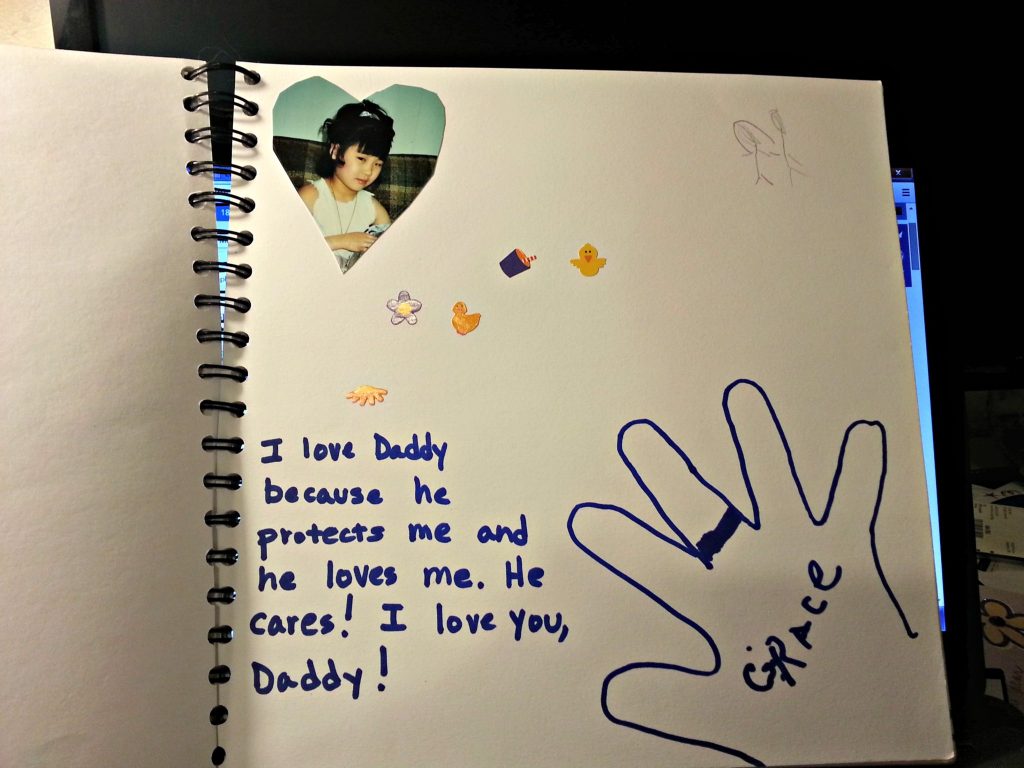 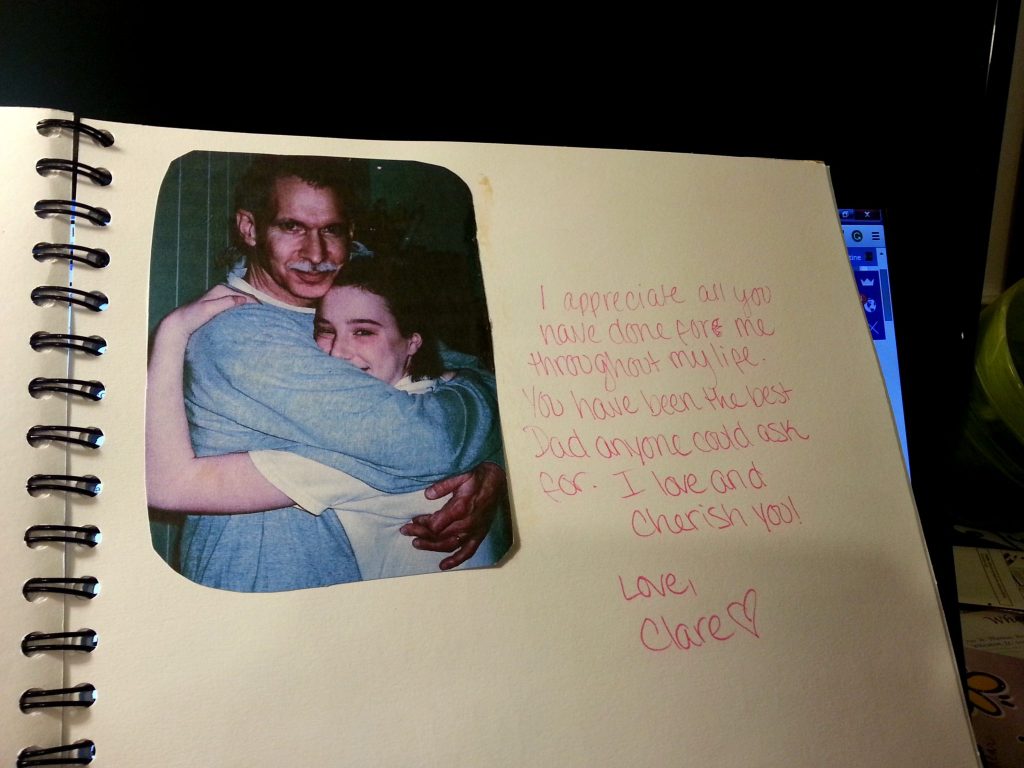 The kids grew and we needed a new idea.  I saw this idea executed with a fancy frame and lots of flourish.  I’m not fancy or flourishy so ours is rather plain but quite meaningful.

I found a frame at Michael’s that had four compartments and it was pre-matted.   I grabbed some poster board and markers and wrote out the text.  In restospect, I probably could have had each child illustrate their own “square” but we were pressed for time because I had to order actual prints of photos.

So, I rounded them up (no small task) and forced them to pose.  It hangs by my husband’s side of the bed  I have a feeling it always will.

Got a creative DIY for Father’s Day, especially for older kids?  Let’s share!  we’ll all have to come up with a new idea next year!

Previous Post: « Reigniting Mom: Motivating Your Mojo After Mothering
Next Post: How does a Mom get through difficult times? »